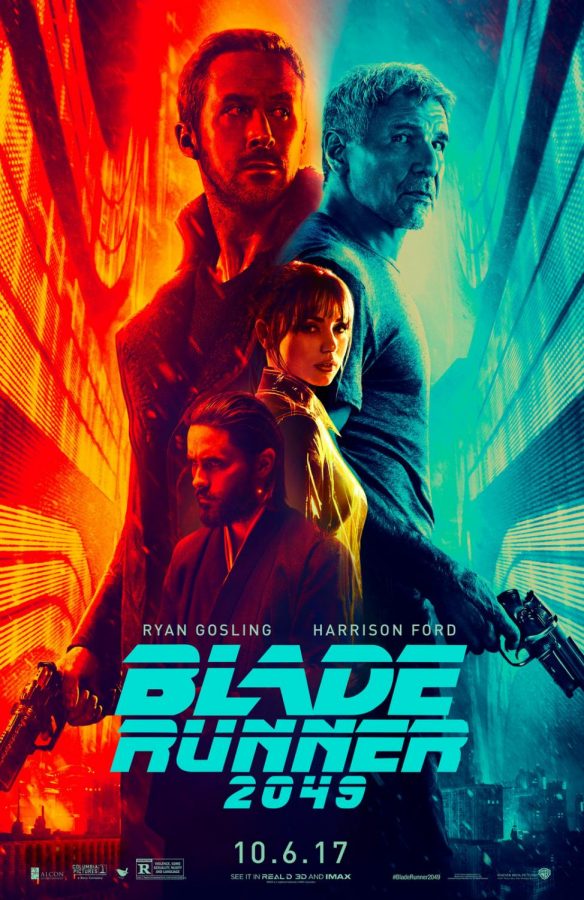 Among the many sequels, reboots, and remakes that have been released in cinemas this year, “Blade Runner 2049,” a sequel to the 1982 sci-fi classic “Blade Runner,” ranks as one of the biggest standouts.

It seems that the general consensus on the original “Blade Runner” nowadays is that it is a visually spectacular film with an intriguing conflict between humans and human-like androids; however, its scenes often drag on for far too long, resulting in the movie being quite boring and hard to sit through at times. There’s nothing inherently bad about having slower pacing in a story, but it is critical that the slow moments have a genuine purpose, such as establishing tone, building suspense, or giving the audience time to think, and that they never overstay their welcome.

Though admittedly it has been a few years since the last time I saw “Blade Runner” (and the last time I saw “Blade Runner” also happens to be the first and only time I ever saw “Blade Runner) from what I recall of the film, I would say that I overall agree with this opinion. The film is certainly flawed, but its use of science fiction and film noir elements combine beautifully to form a very thought-provoking story about humanity and identity, and everything about its presentation–the cinematography, the music, the visual effects, etc.–is absolutely perfect.

I consider it to be an essential science fiction film and thus I highly recommend it, but I must point out that there are several versions of the movie in existence, such as the original film, a director’s cut, and a workprint cut. Of these, I would recommend watching “The Final Cut,” as it includes multiple changes (varying in significance) that genuinely improve on the original film.

For those wondering if it is necessary to watch the first film before seeing its sequel, “Blade Runner 2049” does a good job of setting up its world and overall standing on its own. The opening text of the film establishes that in the early 21st century of this alternate earth, humanity created bioengineered humans called “replicants.” Though originally intended for slave labour, many of these replicants revolted, wishing to have independence and to be treated as people, leading to the creation of new, more obedient replicants. Now in the year 2049, a special police squad, whose officers go by the name “blade runners,” hunt down these older models of replicants and “retire” them. One of these officers, simply named “K” (Ryan Gosling), happens upon a long-buried secret that connects to former blade runner Rick Deckard (Harrison Ford), who has been missing for 30 years.

The first bit of praise that I must give this movie is for not following the same trend that many recent sequels have of more or less using the same plot as the previous film, to the point where they are practically remakes. “Blade Runner 2049” manages to create its own original story that stays interesting and investing for the entirety of its 2 hour, 44 minute run time while building upon the themes and ideas of the first film.

The acting is all around excellent, with the stand out actor being Ryan Gosling, who gives a very convincing and sympathetic performance. The rest of the cast, including Jared Leto, Ana de Armas, and Harrison Ford, also do a great job of portraying their characters, even with some actors like Leto and Ford having fairly little screen time. The one cast member whose acting I felt was not up to par was Sylvia Hoeks, but this was more so due to her replicant character, Luv, having oddly cheesy dialogue that sounded especially out of place in a film like this.

Speaking of dialogue, besides this one exception, the writing of the film is exceptionally well-crafted and dense, though never overly so. The two screenwriters, Hampton Fancher and Michael Green (the former of which was one of the screenwriters for the original “Blade Runner”), both succeed in giving the characters intelligent dialogue that fits naturally with the world and with each character, never wasting a single word. At the same time, the movie never overuses dialogue, taking most opportunities to establish the world through the visuals and give characterization through the acting rather than having the characters spout out verbal exposition.

This brings me to the technical aspects of the film, which follow in the first film’s footsteps of being absolutely gorgeous. There is such an incredible level of detail put into every building, environment, costume, and vehicle used to characterize each location, and every shot showcases this detail and conveys the mood of each scene. I would go as far as to say that this is one of the most beautiful looking movies I have ever seen, and I imagine that this film will sweep all of the technical awards of the next Oscars.

One last, small criticism I will make is about the pacing. Much like the first film, “Blade Runner 2049” is very slow, especially in comparison to all of the fast-paced, big-budget action movies we’re used to seeing nowadays. There are a couple of scenes in the movie that do end up going on for longer than they should, but really only 30 seconds to a minute needed to be cut from these scenes for them to be perfect. Besides this, the pacing of the film never feels unnecessarily or overly slow, and the story is compelling enough to keep one invested for its entirety.

It’s such a shame that a film as well-made, unique, and intelligent as “Blade Runner 2049” has done so poorly at the box office, and I can only hope that like the first “Blade Runner,” which also did poorly at the box office when it was released, the film will eventually get the attention and appreciation that it deserves in time. Few theaters are currently still showing the movie, but whether you are able to see it on the big screen or through rental when it is eventually released digitally and to home video, I give it a very high recommendation.